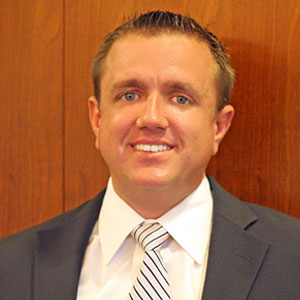 Ashley Coots serves as Account Sales & Development Manager, and has been with the company since July of 2012.

Ashley served as a Marine, from 1994-1998, and entered the car business in 1999 in sales at Legacy Auto Group in South Georgia. He quickly learned the business and he was promoted several times from Sales to Internet manager, to New Car Manager at Ford, and Toyota for Legacy.

When he joined Zurich, Ashley found that his ability to cut through the clutter and get to the facts, allowed him to excel as an F&I trainer, & Sales Trainer for Zurich. Ashley exceeded his territory goals quicker than anticipated, and he was offered the position as Property & Casualty consultant for Zurich, and acquired all the Insurance licenses to be a P&C agent for Dealer Business Insurance. Ashley continued to excel with Zurich and was given the Presidents Club award in 2011 with a ranking of 11th out of 166 agents with the company.

Ashley saw the opportunity to join Automotive Assurance Group in 2012, after recognizing the versatility of the offerings he could bring to the table for clients. As an Account Sales & Development Manager for Automotive Assurance Group, Ashely has been responsible for direct account management for a large book of business, from Atlanta, to the Carolina's to Florida. Ashley is well liked by his clients for his no-nonsense approach to getting things done. He is a hard worker, with integrity that is focused on doing the best he can for his clients.