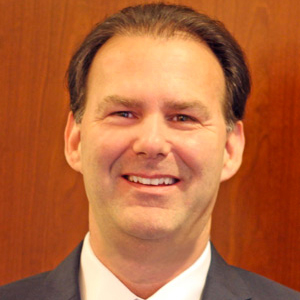 Nick D’Amico serves as the President of Automotive Assurance Group (AAG), which he formed in 1995.

Nick D’Amico’s career in the Automotive Industry began in 1976 when he became a salesman for a Miami Ford dealership. He quickly showed ability in Finance, accepting a position of Finance Manager at a Nissan dealership, part of a six-dealership chain. He continued to rise through the ranks of the chain, becoming Vice President of Sales & Finance, and in 1989 he transferred to Atlanta, Georgia, to take over a franchise for that group. During his 14 years with the chain, D’Amico completed a two-year program in Automotive Management offered by GM University, at Northwestern University in Chicago, and Oglethorpe in Atlanta and graduated in 1981.

By 1992, Nick D’Amico, was instrumental in helping the dealerships increase profits of the Finance and Insurance protection programs. He became a consultant, offering his services to other dealerships. Nick saw a need for expanded training and revenue development for dealership Finance departments, and started a General Agency; Automotive Assurance Group, in 1995.

Today Automotive Assurance Group is an Amynta Group company. AAG creates and manages Finance & Insurance profit centers for automobile dealers across the country. Nick D’Amico specializes in setting up re-insurance companies as separate businesses for auto dealers to own and control their own insurance company on the business they write through their stores. These offshore reinsurance companies provide underwriting profit and investment income opportunities with tax preferential treatment for the dealership owners. Nick believes strongly in giving his dealers the opprtunity to own their own reinsurance company and strives to make it easy for them to understand, while always looking out for their best interests.

Nick, as an AFIP Certified F&I professional, and the rest of the team at Automotive Assurance Group, represents a number of leading insurance provider programs and have been responsible for selling over 250,000 policies and over $280 million in gross revenue. As well as estabishing numerous reinsurance companies with tax preferential treatment for dealers resulting in net profits for his clients in excess of 30 million.